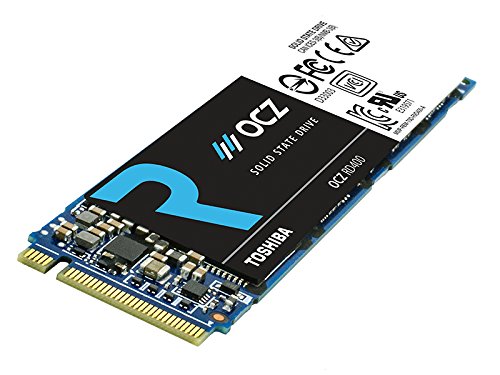 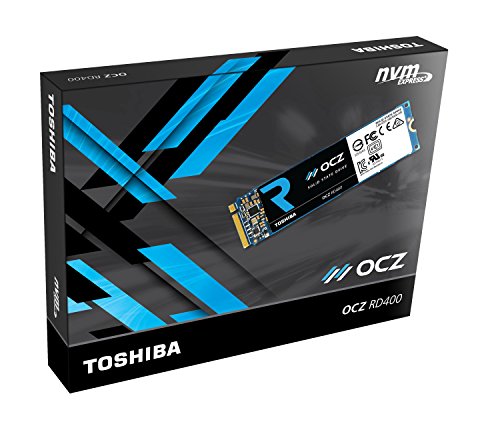 Capacity:M.2 512 GB | Style:M.2 2280 Introducing a new breed of enthusiast storage, the OCZ RD400 NVM Express M.2 Solid State Drive Series, designed to propel high end computing into a new realm of possibilities. The OCZ RD400 PCIe Gen3 x 4 outperforms SATA SSDs by over 4.5 times in sequential read (up to 2,600 MB/s), and over 3 times in sequential write performance (up to 1,600 MB/s) so your system won’t be deprived of the storage bandwidth your data intensive workload requires. The OCZ RD400’s next generation NVMe interface provides a more responsive PC experience and shorter storage latency than today’s traditional hard disk drives and SATA SSDs. Game changing Storage: Toshiba’s new OCZ RD400 SSD redefines high performance storage for enthusiasts and hardcore gamers that feel held back by commodity storage hardware. With over 200,000 IOPS at4KiB of random read performance at your back and call, the OCZ RD400 will be your next high end system. Get in the PCIE Express Lane: Why keep using an interface that was designed for hard disk drives? PCI Express revolutionizes flash storage for tomorrow’s high speed computing age. The OCZ RD400 boosts bandwidth and puts your data in the fast lane leaving SATA SSDs in the dust. NVM Express: Utilizing NVMe technology, the OCZ RD400 reduces latency in your system’s I/O path between the drive and your CPU, resulting in smooth and responsive performance. Good Things Come in SmallPackages: The OCZ RD400’s compact M.2 2280 form factor packs in high performance and up to 1024GB of storage capacity enabling high end desktop speeds to exist not only in your notebook, but directly on your motherboard without taking up a PCIe slot. Flexibility for the Future: If you want to harness the power of NVMe now but don’t want to upgrade your motherboard yet, the OCZ RD400 is available with an M.2 PCIe adaptor add in card. This option allows your investment to go the distance when you opt for an M.2 platform in the future.For ASUS, the notebooks default setting is in RAID. RD400 will work only If this is changed to AHCI.